Bass guitar is just as important as other instruments in a band, if not more so. Just like a regular guitar, bass guitars come acoustic or electric with a different number of frets and strings based on the model. If you’re a beginner, you’ll probably want to stick with a 4-string bass, the same way a 12-string guitar would not be best for a beginning electric guitar player. Some have more tone controls than others and some have the tuning pegs on one side of the headstock versus all on one side, which simply is for aesthetics.

Basses with more than 4 strings can either play lower notes or higher notes than normal, depending on the type of strings used. Some heavy metal bassists will have extra strings that are lower than the base E note, while many jazz bassists will enjoy soloing, wanting to be able to play higher notes than a normal 4-String, using even smaller strings in addition to the basic 4 strings.

The Yamaha TRBX 304 is a balanced a versatile 4-String guitar with a super sleek look.

The ESP LTD B55 has two pickups (one single-coil and one split-coil) for your own choice of tones. Large frets make the LTD B55 easy to play. 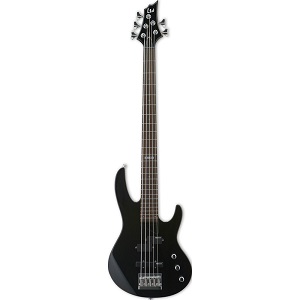 The ESP LTD D6 comes with two pick ups as well, one bridge and one neck, for your own choice of tone. 24 frets enable you to play 2 full octaves on each string. 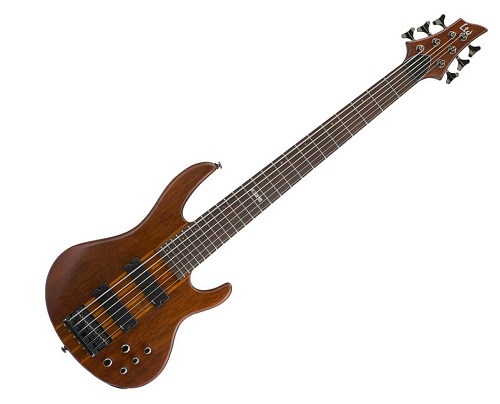 The fretted bass is the most popular type of bass available. Best for beginners and just like its electric guitar counterpart, each fret marker separates each semitone, making it impossible to play a note that’s in between notes, in other words, not 1 of the 12 semitones in the octave. The Fender Squier DD IV 4-String is a solid option for a versatile bass, for beginner to advanced, and sits at 21 frets.

A fretless bass is just that. Generally for more advanced players, it can produce a warmer and smoother tone than its fretted counterpart and also enables you to play in between semitones, giving you more choice in exactly where in between a semitone you can play. You see a lot of jazz bassists play stand-up bass because of both of these reasons. In addition the sliding up and down of the neck will sound more seamless if you’re going to play a lot of notes far from each other on the same string.

Since the whole fretboard will look “blank,” novice players won’t know where to compress the string with their finger to play a specific note. Veteran players have so much playing time under their belt, they’ll know exactly where a note is on the fretboard without any assistance of fret markers.

The ESP LTD B50 is a dual-pickup 4-String fretless guitar with extra large frets, 2 volume controls and a tone control.

Cables will work with either an electric bass or electric guitar, so it need not cause to much worry about which guitar cable to buy. The length tends to be more important, based on where you will be playing and how far away you will be from your amp. Planet Waves makes guitar cables in a variety of lengths.

Bass strings come in a variety of gauge ranges, which equates to the circumference of the string. Smaller strings will oscillate more due to less tension on the fretboard, making them slightly easier to play. These would be best for beginning bass players. Larger strings will be slightly harder to fret, but some bass players prefer them for their own specific sound. Ernie Ball is one of the most popular brands in the game, coming in many different gauge ranges. 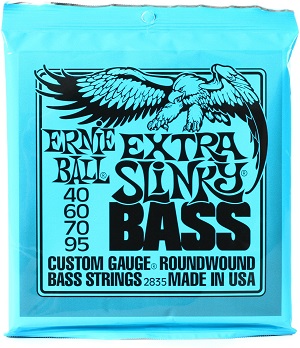 Although generally used more sparingly than a lead or rhythm electric guitar player, bass players still like effects, too. The Vox SL2B Bass Processor Stomplab pedal has 100 preset effect patches separated into genre categories to match any style. Effects can be tweaked as well and the SL2B has a built-in amp for us with your headphones. 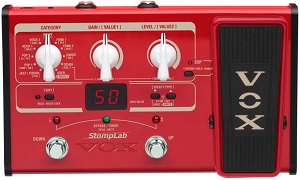 Some bassists choose not to use picks and use two fingers instead. Picks will give a harder attack on the string with a more defined sound, with using your fingers will sound smoother and less defined. Picks or no picks, bassists in all genres have their preference, but playing with two fingers instead of a pick will take some practice to get good at for a beginner.

Because of the similar shape of bass and non-bass guitars, most stands will fit a bass fine. The Fzone 9 is a portable stand made with aircraft-grade aluminum. 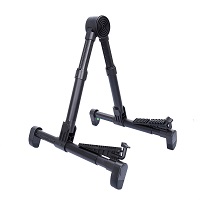 As for straps, there’s not a lot of difference between guitar straps for bass and non-bass guitars. Just make sure it makes you look like a ROCKSTAR and is of decent quality to last. 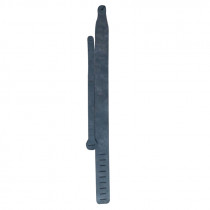 Basses tend to be longer than regular electric guitars, so a case designed specifically for a bass guitar is essential. You’ll want to stick with a hard-shell case for ultimate protection. 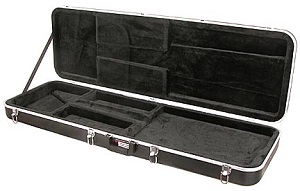 While you technically can use a bass amp to player a non-bass guitar, you get so much more out of using an amp that’s built for the instrument it’s intended. You’ll almost never see a bass player on stage playing a non-bass amp. The Marshall MB15 is a great amp for at home practice or a small performance. 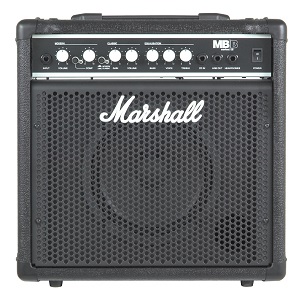 Posted in Bass Guitars By