Due to lockdown measures announced by various states, delivery timelines may be impacted.

The Effect Of Tonewood On Guitars

The Effect Of Tonewood On Guitars

No matter how much guitars have advanced, tonewood is still one of the most important factors that define tone. Different types of wood are used for different components on guitars. The choice of tonewood doesn't necessarily need to depend on the quality of said wood. Often times the person designing a guitar will choose a type of wood that fits the general tone profile they are going for. With that said, there are good and bad tonewoods out there. If we are discussing acoustic guitars, tonewood is a lot more important than it is with electric ones.

Being acoustic in nature, the only thing that shapes the tone of an acoustic guitar is going to be its wood. Things are much more forgiving with electric guitars, although quality and choice of wood still play a significant part. With electrics, it has more to do with sustain and other, more subtle tone traits. Today we are going to talk about tonewood in general and name some of the most common species in use today. By the time you are done reading this guide, you should have a decent understanding of how tonewood impacts the sound of any guitar out there. Let's check out some of the most common tonewoods you will run into.

In the world of acoustic guitars, especially steel string ones, spruce is by far the most popular choice of tonewood. You will generally see it used for solid tops. The reason behind this popularity comes from the nature of the wood itself. Spruce is extremely versatile, giving the user a very balanced tonal profile. For most brands, it is the safest choice of tonewood to use on acoustic guitars. With that said, there are many types of spruce which are used to build guitars, however, Sitka spruce is what you will run into most often. 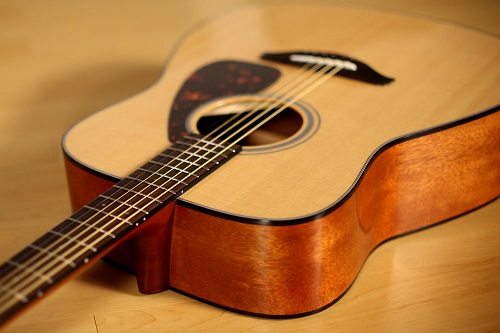 For a very long time, mahogany was one of the most popular tonewoods used for making both acoustic and electric guitars. This is still the case, although mahogany is slowly becoming endangered. This tonewood is fairly dense and hard, which gives the instrument a fairly warm but well-defined tone. With that said, the quality of any specific batch of mahogany will have a big impact on the sound of the instrument. In other words, not all guitars made using this tonewood are going to sound the same. Due to its density, mahogany is usually heavy. This, in turn, provides great sustain and resonance.

Back in the day when mahogany wasn't so readily available, the next best alternative was Sapele. This wood brings a lot of the same properties as mahogany, although it is a bit denser in comparison. These days Sapele is one of the most popular choices for acoustic guitar bodies. In terms of tone, Sapele will get you a lot of brightness warmth and overall resonance. Some of the best acoustic guitars on the market today base a lot of their tone on Sapele. 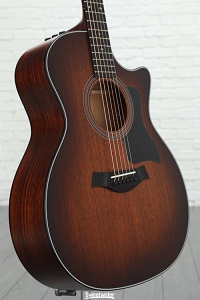 If there is one type of tonewood that has caused a lot of heated arguments, it is basswood. It is often used for budget guitars due to its cheap price and abundance. Because of that, many guitar players don't like it. However, basswood brings pretty good tonal properties, which is why some of the best brands in the industry use it for their top tier models. This wood is light, offers a rather even tonal profile and generally sounds great. If a brand uses a good quality batch of basswood, the resulting guitar will sound amazing. 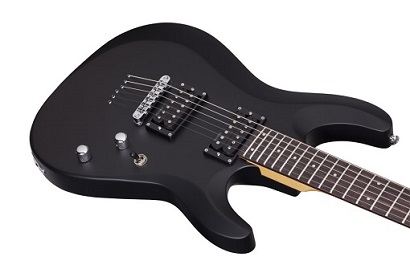 While it is not all that commonly used as a tonewood for guitar bodies, maple is by far one of the most prolific wood choices for guitar necks. This is especially true for electric guitars. Maple is extremely dense and hard, which is exactly what you need to provide counter tension to the strings on guitar's neck. When used in guitar bodies, maple will provide a  bright tone and lots of definition. However, its weight makes it better suited for other applications.

Compared to other tonewoods, alder has been introduced to the mainstream by Fender. They were the only ones who made alder guitars for a very long time. With that said, Alder brings a lot of great attributes to the table. It is a fairly heavy wood with good density and strength. In other words, you are looking at full-bodied tone and good sustain from an alder body. When it comes to specific tonal properties, alder offers a great low-end response. Mids are full of girth and rich in nature, while trebles are decent, to say the least. These days many other brands have started using Alder in their designs as well. 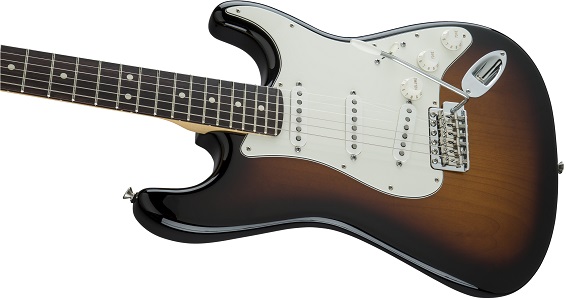 Ovangkol is not really that common yet, but more and more brands are starting to use it in their guitars. The main reason for this is the fact that ovangkol has almost exact same properties as rosewood. As you probably know, rosewood is used to build just about every component in guitars depending on a specific design. With that said, you will most often find it in acoustic guitar back and sides. It adds a lot of definition and brightness to the tone. On top of that, compared to rosewood, ovangkol features improved mids.

Different tonewoods have different properties. However, it is important to understand that build quality of a guitar is the most important factor you need to pay attention to. There are models out there made out of great tonewood, which is outperformed by budget guitars. On a similar note, you will find a lot of basswood guitars that sound amazing, even though this is considered to be a cheap wood. Tonewoods listed above are some of the most frequently used. With that said, there are many other, more exotic options out there.

Posted in Guitars By