Due to lockdown measures announced by various states, delivery timelines may be impacted.

A Sound Card Called Focusrite 2i2

For the budding musician building a home studio, one of the more important things to consider is, “How am I going to record all of this?”

Most computers, be they Mac, PC, laptop, or anything else you can think of, tend to come with a standard set of ports. As far as audio goes, you’ll usually get two 3.5mm sockets – microphone and headphones. Occasionally you’ll get even less, and get a 3.5mm socket for a combined microphone and headphone device, the kind you would use for making hands-free calls on a phone.

This is not ideal for recording quality audio!

Developed in 1990s, the USB interface has gone through several revisions and has become the primary connector for most devices on the market today. As the USB specification supports sound devices, it is an ideal connector to improve the audio specification of your device.

You can purchase USB microphones and plug them straight in, vastly improving the recording capabilities of your device – but you’re stuck with them exactly as they are. USB microphones are just that – microphones with a USB connector. They vary in quality, and you’ll sometimes pay a premium for the convenience of having USB.

As a musician, you may already have some quality microphones in your possession. So the question now becomes, “How can I plug my microphones into my computer?”

USB, XLR, and a solution that fits in your pocket 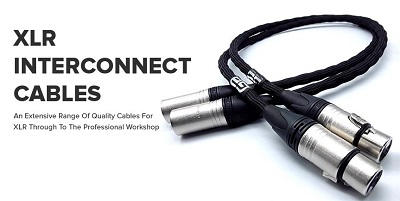 Many professional microphones have the XLR connector, or alternatively the 6.35mm jack connector. Most instruments that use a cable to transmit audio will have the same type of connector, none of which will attach to computer directly.

This is where a USB audio interface comes in handy. It’s a box that connects via USB to your device, and by XLR or jack plug to your microphone or instrument. There are quite a few on the market, so which is the best choice for you?

Manufacturers have learned that there is a common size that is appropriate for these devices, and so companies like Focusrite, PreSonus, and Steinberg all make boxes that look quite similar, but can be radically different in terms of available features and price.

Take for example the Steinberg UR 22 mk 22, the Focusrite Scarlett 2i2, and the PreSonus AudioBox iTwo. All three feature two audio inputs (combined XLR and jack sockets) and two audio outputs (jack outputs), but the 2i2 does not have the MIDI ports of the other two devices. However, it does come with Avid ProTools, and a selection of plug-ins to enable guitar effects and amp emulations in software.

The connectors of these devices allow the recording of two inputs at once, which can be two microphones, two guitars, a guitar and a microphone, or any other combination of two cabled instruments you can think of.

Monitoring is available through the external output ports or through the headphone connector, with the Scarlett 2i2 having the lowest reported latency of all three. What does this mean? Simply, latency is the amount of delay between playing a note and hearing it – if the latency is too high, you’ll be on to the second or third note before you even hear the first, making it very hard to play and listen at the same time. This is massively important, as you will need to hear what you are playing, as you play it.

Each device features a reliable preamp, and phantom power is available on all three. The iTwo (as the name might suggest) is geared far more for working with the iPad and the Capture Duo app. The Duo app is free, and simply records in stereo, while the 32 track “Capture for iPad” is a separate purchase. Both can send their recordings to the Studio One production software, available for Windows and Mac.

The audio quality also varies – the AudioBox device samples at 48khz, with the Focusrite Scarlett 2i2 samples at up to 192khz.

Each of the three USB audio interfaces named above are a small part of the range for each manufacturer.

The AudioBox USB 2x2 is very similar to the AudioBox iTwo, but without the iPad support. Because of this, it’s a lower price – as always, you get what you pay for. It’s still a great piece of kit, but doesn’t do everything the iTwo can do.

The Focusrite Scarlett 2i4 is the big brother of the 2i2, with the major difference being there are two extra outputs on the 2i4. Similarly, the Scarlett SOLO is the little brother in this family – it features one XLR/jack combo socket for input, in addition to a singular 6.35mm jack socket. Compare this to the 2i2 and 2i4, both of which have two combo sockets.

As far as features go, it’s a pretty close contest until you get really deep into the technical specification. The Focusrite devices take the advantage here, as they have higher sample rates and lower latency. The only things missing is a MIDI input/output, but most people will be able to live without that.

Evaluating the Focusrite USB audio interfaces on price, the 2i2 offers the best value for money. Not only does it have 2 combo inputs allowing for greater flexibility than the SOLO, it also has two outputs and a headphone connector, which should be just enough for a portable device like this. The extra outputs on the 2i4 make it a more specialist device, and a little higher priced that the 2i2.

Overall the Focusrite Scarlett 2i2 is a well-thought-out high-specification piece of kit that should get any musician recording within minutes.

Posted in Pro Audio By