Orange Amps – A groovy mark in the history of music

As one of the most influential brands in the world of rock’n’roll, Orange has managed to maintain their original idea and sound for almost 50 years.

What makes them so special? How do they compare to Marshall, Vox, and other amp goliaths? 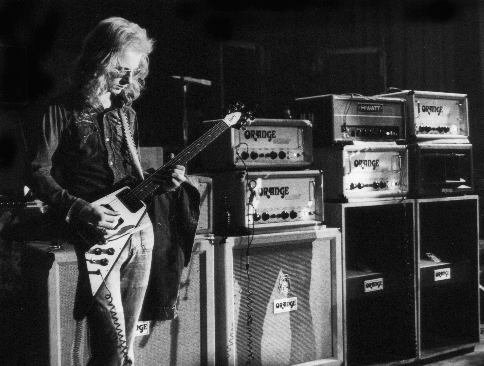 It was 1968 when the first Orange amps hit London. Mr. Clifford Cooper, the founder of the company, started out with just £300 which he borrowed from his father. His idea was to make amps way different than the ones that were popular at the time.

Nowadays, building a company from practically scratch would be a crazy idea. Luckily, the sixties were less harsh on innovators, and with a lot of hard work and enthusiasm, Mr. Cooper managed to make a breakthrough.

Both the name and the color of choice were purely accidental. Orange vinyl was the only one Mr. Cooper managed to get at the time. Little did he know that his choice, or better put, the lack of, was going to make his amps so unique and famous.

Soon, the word spread, and with the fact that the amps not only looked groovy but sounded really good, big bands started using them. One by one, bands like Fleetwood Mac got ahold of these orange bad boys and gave Mr. Cooper a push in the right direction.

Artists like Black Sabbath, Led Zeppelin, and Stevie Wonder proudly presented Orange amps on stage and helped associate their sound with rock’n’roll as well as metal.

The now well-known combination of Les Paul guitars and Orange amps was exactly what established Orange Amps in the manner we know them today. 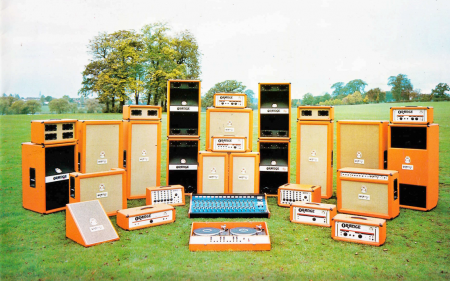 With a slight decline in popularity, the Eighties were somewhat of a tough time for Orange amps. All the glory they had in the previous decade was put aside.

Whether it’s because of new emerging genres which flooded the music scene, or just the need for something new, it wasn’t an easy period.

Luckily, the story didn’t end here. A big comeback of these brightly colored beasts was made possible by Noel Gallagher of Oasis.

On their 1997 album ‘Be Here Now’ as well as the following world tour, it was Orange amps that were used to not only shake the audiences worldwide, but mark the great return of the once champions in the world of guitar amps.

The company followed up by releasing their most popular series to this day, the AD, Crush, and Rockerverb with the start of the 21st century.

The triumphal return was as big as the appearance of the amps itself. The brand name stuck as not only reliable but great sounding and appealing to both amateurs and professionals.

Musicians realized that you didn’t have to sacrifice durability in order to get great, old school sound anymore. You just had to get an Orange amp.

A Blend of Engineering and Design

After the much-needed boost since the eighties, Orange Amps started to manufacture products other than just guitar amps.

Besides guitar amp combos, heads and speaker cabinets, amazing bass amps started to see the light of day. There are even a couple of effects pedals you can get, either to complement the raw sound of Orange amps or to add that flavor in combination with other amps.

But what makes them so special? How did a company that started with only a £300 budget manage to live up to the names such as Marshall, Fender, and Vox?

Besides the unique color which the company used through all of their products, the rest of the design is unlike any other.

Although the insides, being tubes or more modern electronics, evolved, the exterior always gave off an old- school mad scientist industrial feel.

Even the print above the tone control knobs was different. A bit hard to decipher at first, the icons showed a visual representation of what the pots corresponded to, but in a funky, almost comedic way.

It’s exactly what some bands out there were looking for. Just take a look at all the Stoner/ Doom and Psychedelic Rock bands using these amps.

Whether it’s a tube or solid state amp you’re looking for, if raw and powerful sound is your thing, Orange amps have got it.

No article about Orange Amps would be complete without at least mentioning the Tiny Terror. However, we figured that you’ve already read and heard enough about it, so let’s see the other models many musicians consider as the best ones.

The Micro Dark head is a new, updated version of the popular Micro Terror. Featuring a high- gain preamp with 12AX7 valve, it boasts a greasy valve crunch, authentic for Orange Amps. 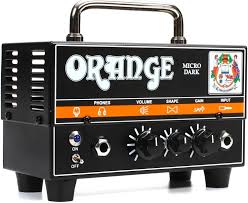 Though it is a 20W amp head, you would be surprised with the power it’s capable of delivering. It especially shines when combined with a PPC108 cabinet.

As a great solution for anyone looking for an old- school solid state amp for gigs and practice, the Crush CR60 is capable of delivering balanced yet crispy tone. 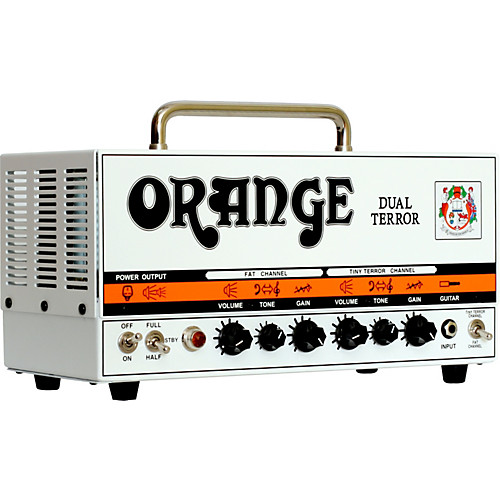 With a sound very similar to a valve amp, but with all the perks of solid state models, the Crush CR60 is a great example of Orange amps excelling not just in the world of vacuum tube amps!

And lastly, the Dual Terror. Yup, it’s probably twice as good as the original Tiny Terror. A fat and tiny terror channel have their own dedicated knobs, and the amp offers an option of using either 17 or 7W, making it versatile enough for both gigs and home practicing. 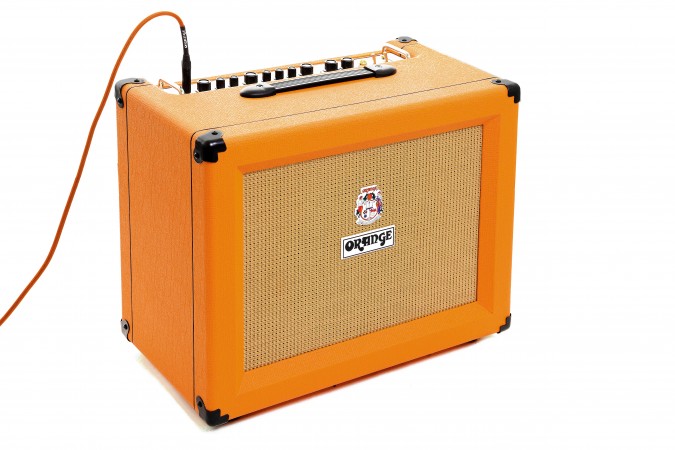 That pretty much wraps up the Orange Amps story. From an idea in the sixties to a modern giant in the world of amps, this company doesn’t fail in manufacturing some of the best amps you can get.

Old school, raw power, and crunching overdrive are what Orange amps are all about!

Posted in Amplifiers By