The keyboard comes with 50 specially selected built-in drawbar organ tones. Nine sliders can be used to change harmonic overtone level settings and add percussion and click sounds for real-time sound creation as you play. A rotary speaker simulated using a built-in DSP provides the distinctive acoustic effect of drawbar organ speakers. Parameters can be edited to create original "user drawbar organ tones," 50 of which can be stored in memory for later recall.

The attack time, release time, cutoff,vibrato, reverb/chorus, DSP and other parameters of a built-in tone can be adjusted and edited. You can save the result as your own unique"user tone" that will be available for instant recall whenever you need it during live performances. A Tone Editor button provides instant access to the editing mode.

Built-in effects include reverb (10 types),chorus (5 types), and DSP (100 preset DSPs).By adjusting the parameters of the DSP effect types, you can create original effects and store up to 100 original types in memory for later recall.

* DSP and chorus cannot be used simultaneously.
Equalizer
Incorporates five selectable frequency characteristics,including “Bright” for a lively sound emphasizing the treble range and “Powerful” with a stress on volume.
Registration

A simple operation saves the current setup, including tone, rhythm, and other settings for instant recall when you need them. * You even can save tones to which effector effects are being applied. Recalling a registration instantly changes the digital keyboard's setup, making this a great tool for live stage performances.

With the arpeggiator, you can play various arpeggios and other phrases automatically by simply pressing keys on the keyboard. You can select from 150 different arpeggiato types, including playing arpeggios from a fingered chord, guitar phrases, and more.

17-track Song Sequencer (16 tracks + 1 system track) acts as a multi-track recorder, so you can use it for real-time recording of your keyboard play. 17 tracks mean that you can perform multi-track recording to layer bass,guitar, piano, and other instruments onto a drum part and build to a final song. Both real-time and step recording are supported.Completed recordings can be converted to SMF (Standard MIDI File) format and stored to an SD memory card.

Completed recordings can be converted to SMF (Standard MIDI File) format and stored to an SD memory card.

Nine sliders, one for each channel, can be used for individual simultaneous adjustment of volume, pan, reverb send, and other parameters. Sound input from an external source via the MIC IN terminal and INST IN terminal can also be adjusted as desired.

Up to eight tracks (drum, percussion, bass, chord 1 through chord 5) can be edited to create original accompaniment patterns (INTRO, NORMAL, NORMAL FILL-IN, VARIATION, VARIATION FILL-IN). In addition to recording over each individual accompaniment part of an existing rhythm, and event editing function gives you total control over each aspect of recorded data, an Easy Edit function lets you combine accompaniment from multiple built-in rhythms to create original rhythms, and mixer capabilities give you control over the tones, volume levels, reverb, and other parameters of each part.

A full selection of editing tools include event insert, event delete, event copy, quantize, and more. Memory is provided for storage of up to 100 different user rhythms, which can be recalled with the touch of a key.

Audio Recording / MIC IN & INST IN

Normal keyboard play, Auto Accompaniment,Song Sequencer play, INST IN terminal input,MIC IN terminal input and other audio can be recorded to an SD memory card as digital audio data. While playing back a song you created with the Song Sequencer, you can play along with on a guitar or other instrument, or input vocal with a microphone.

Saved audio files can also be transferred to a computer connected via USB for long-term storage. Special Data Manager 6.1 application software, downloadable from the URL shown below, can be used to convert data to WAV format, which can be played back on a computer.

All of this greatly simplifies the task of creating original demo recordings.

* To perform the operations described in this section, you will need to obtain a commercially available SD memory card or SDHC memory card with a capacity between 2GB and 32GB.

Different input/output terminals are provided to meet a variety of different needs: line out terminals (L/MONO, R) for connection of the mixer of a stage PA system or other devices, an INST IN terminal and a MIC IN terminal for connection of a musical instrument or microphone, an audio in terminal (AUDIO IN) for audio device input that can be output through the speakers, and more.

The USB port provides easy computer and MIDI send/receive connection. It also enables quick and simple transfer of song sequencer, pattern sequencer, tone editor and other data, as well as audio data recorded to an SD memory card from an audio device between the digital keyboard and a computer. Download of a special Data Manager 6.1 application is required in order to transfer data to a computer.

The sound source is pre-programmed with digital samples of acoustic musical instruments recorded using the most advanced digital technology. Thanks to CASIO original sound technology, the AHL sound source is capable of reproducing all of the natural smoothness of the original waveform.

The AHL sound source delivers a lineup of 820 different built-in tones. You also can store up to 100 of your own original tones for instant recall whenever you need them.

A total of 260 preset rhythms cover a wide range of musical genres, from rock and pops, to jazz, Latin, piano pieces, and more. Simply select the built-in rhythm you want and Auto Accompaniment provides you with backup that is the next best thing to having a professional band at your disposal.

The display shows the currently selected tone name and rhythm name, along with a wealth of other information. On the sequencer screen, for example, you can check the current status and volume level of each of the 16 tracks, and other setting information at a glance.

The keyboard is designed and engineered to provide a realistic piano experience. Just like a grand piano keyboard, Touch Response causes sound that is output to change in accordance with the amount of pressure applied to the keys.

The pitch bender wheel makes it easy to add realistic sounding guitar choking, sax bending, and other effects to keyboard play. This in combination with the modulation button for applying vibrato and other effects puts a wide range of playing versatility at your fingertips.

Music presets provide one-touch access to Auto Accompaniment, tone, reverb, and other settings that are configured in accordance with representative chord progressions. A total of 305 presets let you easily configure the keyboard for a wide variety of different musical styles. In addition to built-in presets, you can create your own original presets (user presets) and store them in memory for later recall. 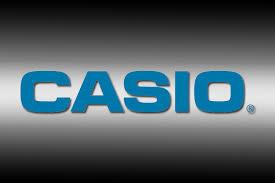 Casio
Before you could buy a Casio keyboard online, Casio released the Casiotone 201 in 1980. You can now buy digital pianos online and buy synthesizers online, but the 201 was its first electronic keyboard. Casio went on to developed features that were only possible using digital instrument technology, and broadened into other instruments for people who enjoy creating music. If you want the cheapest price musical instruments, stick with Casio and Musikshack. Mini keyboards, full size keyboards, and even the Casio CTK 860IN Indian keyboard, a full range for a complete musical experience.