The O Bass is the brainchild of Orange Technical Director and lead designer Adrian Emsley, whose inspiration came from his self-confessed love of vintage gear. Having spent a lifetime modifying all manner of bass guitars, the O Bass brings together all of his know-how in a unique and truly charismatic instrument.

Aside from its impeccably sleek lines and shapely aesthetics, the O Bass delivers the goods where it really matters. Plugging in reveals a sound with buckets of personality – familiar, yet somehow all of its own. A custom-wound split–coil pickup bears a very distinctive sonic mojo, with a well-balanced bass response and a bold and defined mid-range. Players with a softer touch will immediately find themselves in Motown territory, with earthy overtones in abundance. Dig in a little more aggressively and the O Bass responds with an infectious harmonic grind that harks back to the birth of rock ‘n’ roll. As Emsley puts it, “It growls like a policeman’s dog!”

The O Bass first made an appearance in an early form as a demonstrator piece at the 2014 winter NAMM show, hidden from public view in the Orange booth. However, having been leaked on a number of videos on the internet, we were inundated with requests to put it into production. 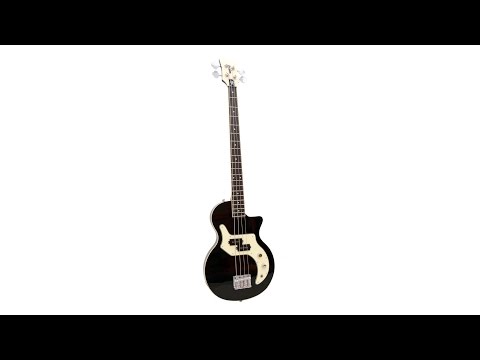 Select a Bank:
Blogs Relating to Bass Guitars
Things to know before buying a Warwick guitar

Are you looking to buy Warwick bass guitars or shop an electric bass online? We recommend that you give this brand a go, mainly because they’re among the leading names in this particular segment of the industry.

For people who don’t know, Warwick are German bass makers, perhaps even the best bass guitar manufacturers out there. Although they primarily construct basses, they also dabble with amps, cabinets, as well as bass strings, but let’s stick with the bass guitar models for the time being.

Bass in Music
Just because it is not entirely leading, doesn’t mean it is not important. Electric Bass guitar for classical music of the soul…Learn the top range bass guitars and their role in a band; accessories; 4, 5 and 6 string, fretted...Plus, buy from an online musical Instrument store in India…

Bass guitar is just as important as other instruments in a band, if not more so. Just like a regular guitar, bass guitars come acoustic or electric with a different number of frets and strings based on the model. If you’re a beginner, you’ll probably want to stick with a 4-string bass, the same way a 12-string guitar would not be best for a beginning electric guitar player.

Bassist’s Guide to Buying Basses!
Do I need to obtain value? I get the right information beforehand… You don’t just walk to a musical instrument store to pick up a bass guitar. Learn the rudiment and technicality of bass guitars: wood, pickups, Body style…before picking one. And you will be happy making the right choice…

One thing I adore about bassists is their genuinity! And I am not just shooting blanks; I have a list of valid proofs to back my claim. The first thing no one can deny is that one does not simply decide to be a bassist (NO! THAT IS NOT A MEME PUNCH LINE!).