In the early 2000s, a new era of high-gain Orange Amplification tone was ushered in with the Rockerverb series of electric guitar amplifiers. The all-tube Rocker 15 is the culmination of over a decade of fine-tuning that game-changing amplifier. The 15 offers an easy-to-use clean channel and a dirty channel that will take you anywhere from classic British crunch to the very heaviest in modern metal. Add in power scaling and switchable attenuation, and there's nowhere the Rocker 15 can't take you.

Maximum versatility and easy to use

Rockerverb guitar amplifiers were versatile, making them a staple in rigs for years. The Rocker 15 continues this tradition, offering you two channels with plenty of clarity and headroom. The clean channel features a single volume control. It's carefully voiced to bring out the best in whichever guitar you're playing. The dirty channel is engineered to bring the filth, starting you in crunchy rock 'n' roll territory and throttling you deep into modern high-gain grind.

Sometimes a screaming 15-watt tube amp is perfect for the gig, but it may be a bit much for the rehearsal room or at home. Now you don't have to give up the feel and tone only offered by the cranked amp. With onboard power scaling, at 15, 7, 1, and 0.5 watts, you can get those power tubes cooking at volumes that tailor to your situation.

100% tube driven, including the effects loop

Nothing sounds like a tube amp. Orange knows that, which is why the Rocker 15 is a 100% tube design. The tubes aren't only in the preamp and power sections, either. The onboard, buffered effects loop has been dialed in to give you a more clear, organic, and usable tone — all with the power of 12AT7 tubes. While there are a lot of great-sounding options out there to take you out of the tube world, just remember: nothing sounds like a tube amp. 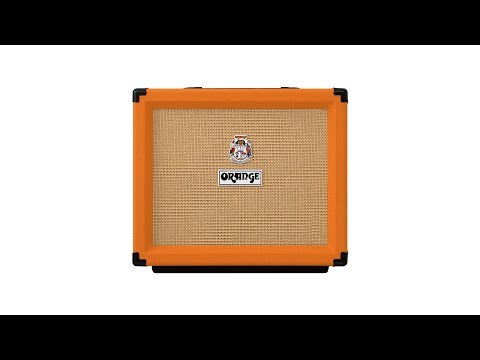