A New Standard of Tone & Playability
The PRS SE Santana Standard Faded Tortoise solidbody electric guitar is your go-to whether you're laying down tracks in the studio or rocking out onstage. The mahogany body and 22-fret mahogany wide-fat neck combine to give this guitar its warm, woody tone and focused midrange, making sure you fit into every mix just right. This guitar comes decked out with all the classic PRS appointments, including a rosewood fretboard with iconic bird inlays, PRS-designed humbucking pickups, and a stoptail bridge. And with the SE Santana Standard comes an unbelievable price point, so it's easy to get PRS tone and playability in your hands.

Historic Design Elements provide Excellent Playability
PRS is a brand, which just gets guitarists to build a relationship with their guitar as soon as you take it out and start to play. With you and your music in mind, PRS gave the SE Santana Standards the historic wide-fat PRS neck. Based on Paul's pre-factory design, this is the highly playable neck that made Carlos Santana and others dedicated PRS players.

Guitars that Look as Good as they Play
If you've ever seen a Paul Reed Smith guitar up close, then you know what we mean when we go on about how great these guitars look. There's nothing better for a guitar enthusiast than seeing, feeling, and hearing these guitars. This PRS Santana Standard is your chance to own beauty, quality, and tone without breaking the bank.

PRS Quality in Every Guitar
All of Paul Reed Smith guitars are designed for top-notch performance right out of the case, and the SE Santana Standard is no exception. Since 2001, Paul's SE Series has provided you excellent tone and playability at an incredibly affordable price point. With the launch of the Standard line, you'll have all of the tone you expect from a PRS at an even more accessible price point. Constructed from quality tonewoods and components, these PRS instruments carry on a commitment to quality that's been the brand's hallmark since 1985, when Paul Reed Smith himself started handbuilding guitars for some of the most elite players in the world. 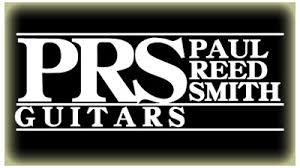 PRS
PRS, or Paul Reed Smith Guitars, is one of the world’s premier guitar and amplifier manufacturers, founded by master luthier Paul Reed Smith. Considered some of the best guitars in the world, their team are players and passionate about the instruments they build. Played and endorsed by artists such as Carlos Santana and John Mayer, you can’t go wrong with a PRS guitar. If you are looking to buy guitar amplifier online, or buy electric guitar online, we offer the best electric guitar price in India at Musikshack.