If you have a home studio and are looking for a six channel mixing console, check out this Yamaha MG06x - 6-Channel Mixing Console at Snapdeal at an affordable price. The mixer console is one of a kind. It is made with the same advanced technology and high quality, that Yamaha products are known for.

This Yamaha MG06x - 6-Channel Mixing Console has a metal chassis and is hence highly sturdy. The console measures 149 x 62 x 202 mm in dimension. It has 1 stereo bus. It also has 6 high grade SPX effects programme. The console allows 2 Mic or 6 Line Inputs as well as 2 mono and 2 stereo outputs. The mono inputs have a PAD switch. The console has a D PRE mic preamps along with an inverted Darlington circuit. In addition, the mixer has XLR balanced output and 48 V phantom power too.

This mixing console will come in handy if you have a home studio. All you need is a digital audio interface that will convert the signals from this mixer to digital. You can then work on the digital audio workstation. The mixer also comes in handy during band rehearsals and stuff.

Perfect for keyboard players
Keyboard players are often confronted with the dilemma of sending multiple signals to the board. Most modern keyboards are stereo. 1/4" cables have too much signal loss for much over a few feet. The MG06X is the solution. Small compact and with stereo XLR outputs. I call it my powered DI box. It allows me to sent all out put of my instruments and vocals with no signal loss while retaining control of all my levels including vocals. Nice sound, great price, great size, the power cord could have been longer/sturdier. I've tested it and it functions well and is simple enough. Review by Ethan Mendez / (Posted on 10/18/2016) 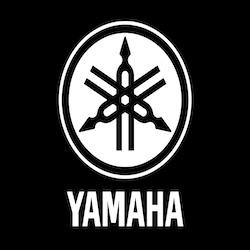 Yamaha
The Nippon Gakki Co began in 1887 building reed organs, and grew to become the Yamaha Corporation, known worldwide for manufacturing a range of instruments. When you buy Yamaha guitars, you know you will be getting quality from the world's largest manufacturer of online musical instruments. If you look at synthesizers online, you know that when you buy a Yamaha digital piano you will be getting one of the best musical instruments around. With the famed PSR range of keyboards, digitally sampled instruments, and full size keys, you can’t go wrong. Musikshack are authorised dealers of Yamaha. To buy Yamaha guitars online or to buy Yamaha keyboards online, browse our site to find everything you need – the cheapest price musical instrument and the best electric guitar price India has to offer.